The 2019 iPad is identical to the 2018 iPad with the exception of the size. It’s now larger to accommodate a bigger 10.2-inch display, which is surrounded by slim size bezels and thicker top/bottom bezels.

The iPad’s bezels are thicker than the bezels of the iPad Air and the iPad Pro, Apple’s two more expensive iPad options. It features an aluminum case available in silver, space gray, or gold. 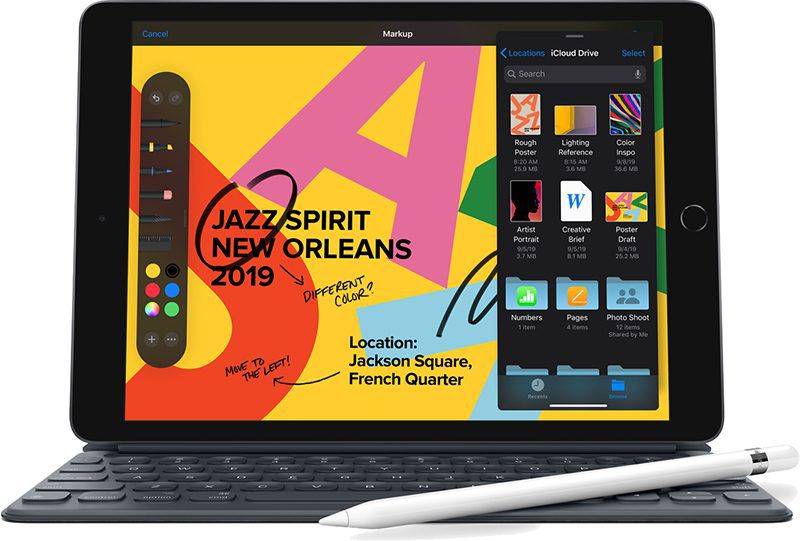 There’s a front-facing FaceTime HD camera at the top of the tablet, along with a Touch ID fingerprint sensor at the bottom. At the back, there’s a rear-facing camera, and at the bottom, there are speakers and a Lightning port for charging. 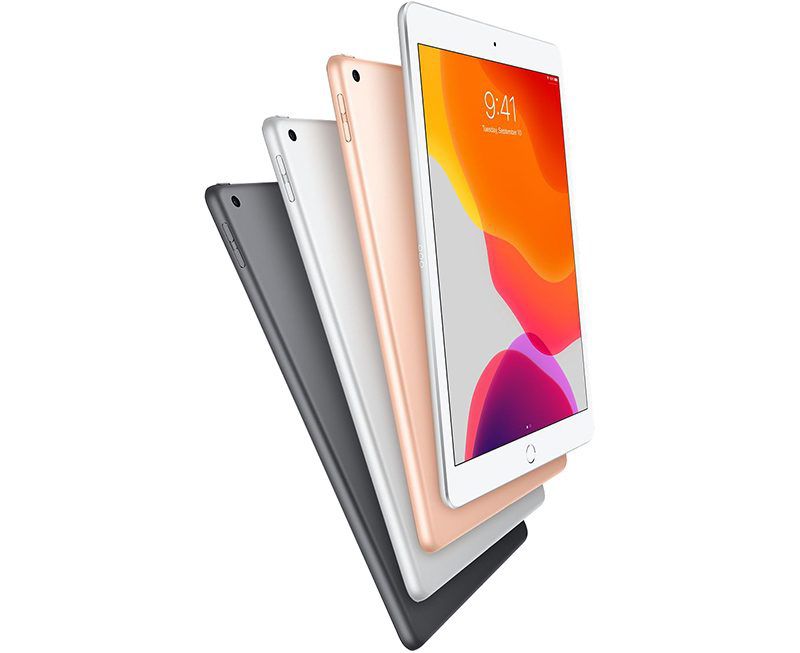 The 2019 iPad measures in at 9.8 inches long, 6.8 inches wide, and 7.5mm thick, weighing in at 1.07 pounds. It’s just a bit wider and longer than the prior version, and the thickness has remained the same.

Unlike iPad Pro models, the iPad offers just two speakers instead of a four-speaker audio system. New this year is a Smart Connector at the side that allows it to work with accessories like the Smart Keyboard.

The display is similar to the display of the sixth-generation iPad, and it is equipped with a touch sensor that allows it to work with the Apple Pencil. 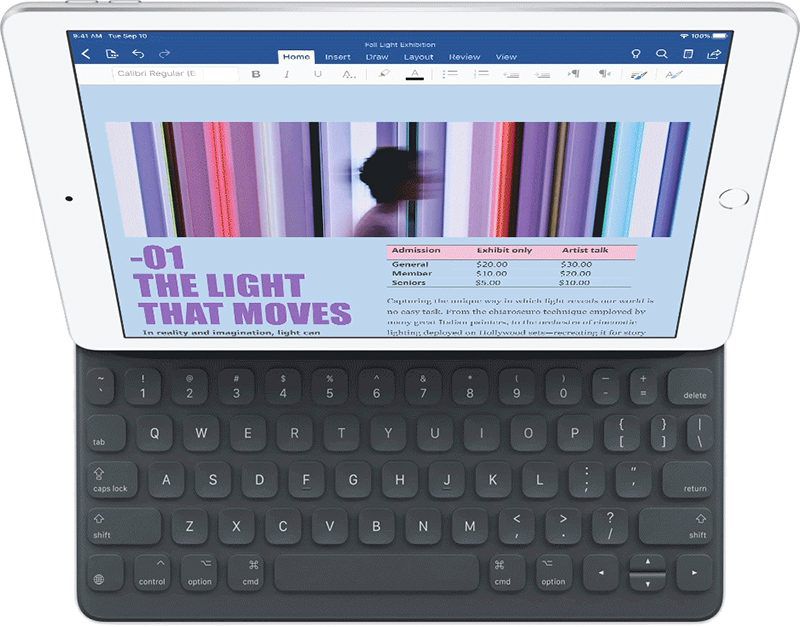 Though the display works with the Apple Pencil much like the iPad Pro, iPad Air, and iPad mini, it is lacking several features that are available in Apple’s more expensive tablets.

It does not include the laminated design, antireflective coating, wide color support, ProMotion technology, or True Tone capabilities.

The Apple Pencil is a stylus that’s designed to offer unparalleled precision and integration with the iPad while also offering a natural feel that’s similar to the sensation of using a pen or pencil on paper.

There are pressure and positioning sensors built into the Apple Pencil to allow it to detect a range of forces for pressure-sensitive drawing and writing. Two tilt sensors in the tip of the Apple Pencil determine the orientation and angle of the hand holding it, enabling shading techniques. 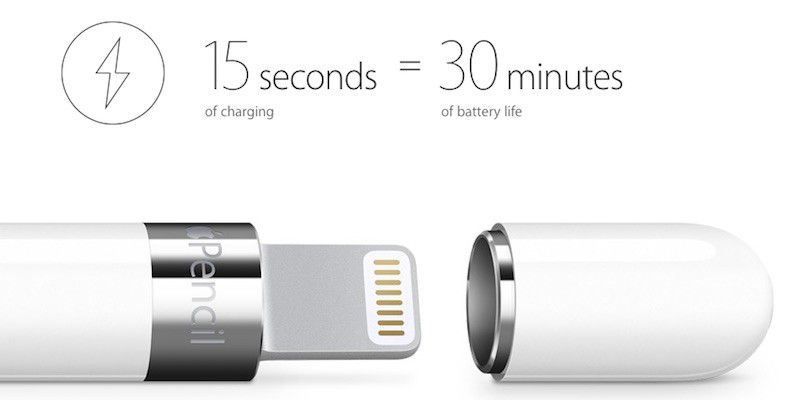 The Apple Pencil offers a 12-hour battery life and it charges through the built-in Lightning connector at the bottom of the device. A 15-second charge delivers a half hour of power, so it’s always going to have juice when needed. No changes have been made to the original Apple Pencil, and it is still priced at $99.

The seventh-generation iPad continues to use an A10 Fusion processor, which is the same processor that was first introduced in the iPhone 7 and the iPhone 7 Plus. It’s older technology at this point, but is still fast enough for every-day tasks.

The seventh-generation iPad offers 10 hours of battery life, which Apple says is “all-day” battery. That’s the same battery life that Apple has aimed for in its last several iPad iterations, and the size of the battery in the iPad hasn’t changed.

Cellular models last for up to nine hours when using an LTE connection. Charging the iPad is done through the Lightning port at the bottom of the device.

The iPad has an 8-megapixel rear camera with an f/2.4 aperture, the same camera that was available in the fifth-generation iPad.

It supports Live Photos, auto HDR, 43-megapixel panoramas, Burst mode, and Timer mode, but it is not as advanced as the iPad Pro camera. There is also no rear flash. 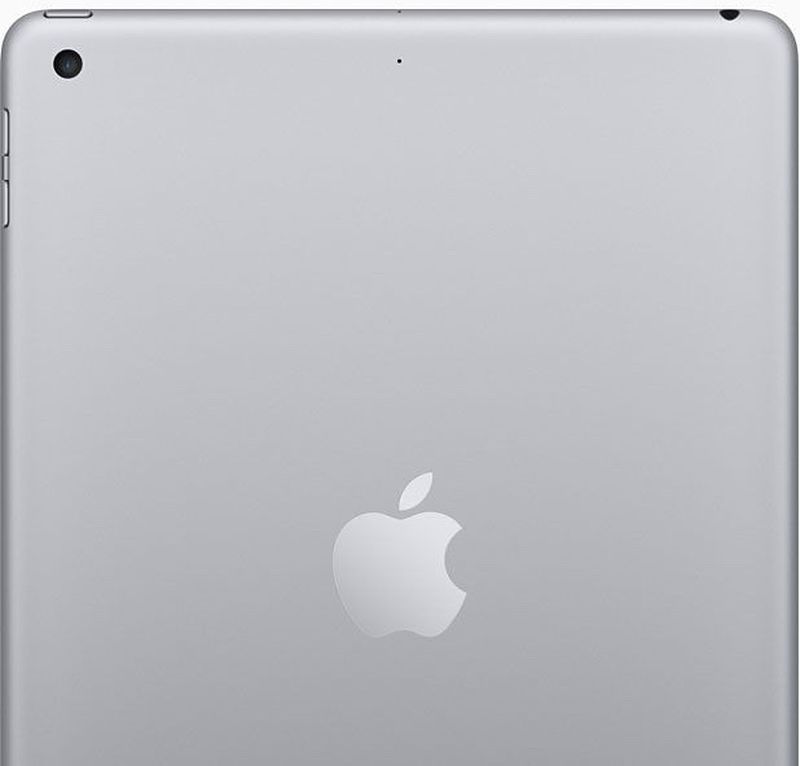 The iPad’s camera is able to capture 1080p HD video at 30 frames per second and 720p Slo-mo video at 120 frames per second. Compared to the iPad Pro, it lacks 4K video recording, improved video stabilization, and continuous autofocus.

As for the front-facing FaceTime camera, it is 1.2 megapixels and supports 720p HD video recording.

iPadOS 13.4 brings trackpad and mouse support to all iPad Pro models, the iPad Air 2 and later, the fifth-generation iPad and later, and the iPad mini 4 and later.

According to Apple, trackpad support has been “completely reimagined for the iPad” and its touch-first interface, though it should still be familiar to Mac users. The cursor displays as a circle that highlights various user interface elements, text fields, and apps on the Home screen or dock, making it clear what can be clicked on.

Apple designed trackpad support to integrate into both first and third-party apps. Scrolling through web pages in Safari and photo libraries in Photos is supported, for example, as is precisely editing text in notes and other apps, viewing and organizing email in Mail, and more.

Apple says that most third-party apps will work with no changes at all, and developers will be able to take advantage of new APIs for deeper trackpad support.

Trackpad and mouse support will allow any of the above listed iPads running iPadOS 13.4 to connect to a Magic Mouse, Magic Mouse 2, Magic Trackpad, Magic Trackpad 2, or third-party mouse using Bluetooth or USB.

When connected to a Magic Mouse 2, iPads will support scrolling, right clicking, and swiping between pages.

Apple has designed a Magic Keyboard accessory, which is a Smart Keyboard for iPad with a trackpad, but this is limited to the 2018 and 2020 iPad Pro models. 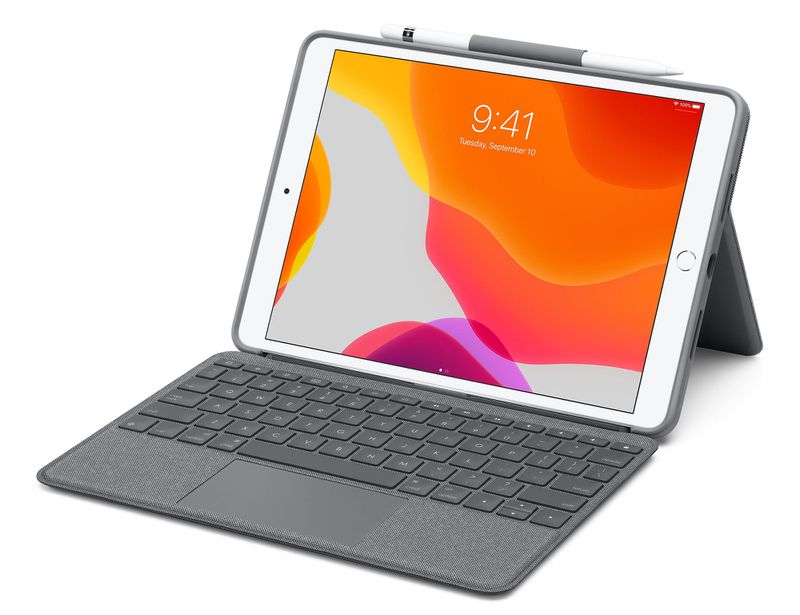 Logitech, a company that makes accessories for Apple devices, has developed keyboard cases with a built-in trackpads for the 10.2-inch iPad and the 10.5-inch iPad Air, which will allow these models to access the trackpad features built into iPadOS 13.4.

The seventh-generation iPad features a Touch ID fingerprint sensor on the front of the device, which is used to unlock the device, access apps, and make purchases with Apple Pay.

An NFC controller with a Secure Element is built into the iPad, so it can be used to make Apple Pay payments on the web and within apps using the included Touch ID Home button.

The WiFi + Cellular version of the iPad offers Gigabit-class LTE and it includes the Apple SIM for connecting to cellular data networks in more than 100 countries.

The iPad includes a three-axis gyro, an accelerometer, an ambient light sensor, and a barometer.

Be the first to review “10.2-inch iPad” Cancel reply
Brands